THE OWL THAT WAS TOO FAT TO FLY

Sometimes it's nice to come across a story that is a bit quirky ... and that has a happy ending. This one, which I came across on the BBC News on-line on 29 January 2020, is pretty much a perfect fit.

Rescued owl was 'too fat to fly', Suffolk sanctuary says 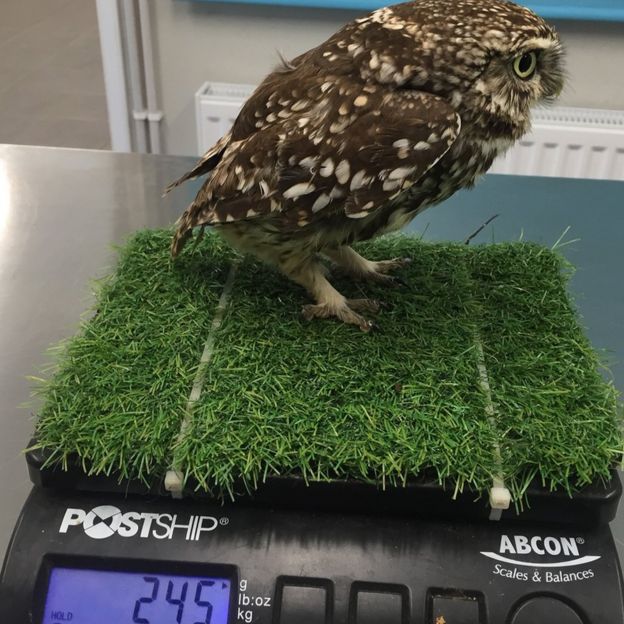 An owl rescued from a ditch and thought to be injured was in fact just too fat to fly, a bird rescue centre has said.

Suffolk Owl Sanctuary said the "soggy" bird was brought in by a landowner.

When staff examined the little owl (Athene noctua), they found it to be "simply extremely obese" and "unable to fly effectively" as a result.

The owl was put on a "strict diet" to slim down from its 245g to a more "natural weight" and has been released back to the wild, the sanctuary said.

The sanctuary, based in Stonham Aspal, said when the bird was weighed, it was roughly a third heavier than they would expect a large healthy female little owl to be.

The sanctuary said it was "extremely unusual for wild birds to get into this condition naturally".

Head falconer Rufus Samkin said: "Where she was found is very productive land, and it's been a mild winter and there's a lot of food around - voles, mice.

"We think she's just done incredibly well for herself and overindulged."

He said the owl lost between 20g and 30g over a couple of weeks while staff monitored its food intake.

"We may see her again - we hope not," said Mr Samkin. "Hopefully, she's learnt to keep her weight in trim so she can escape any predators or being picked up."